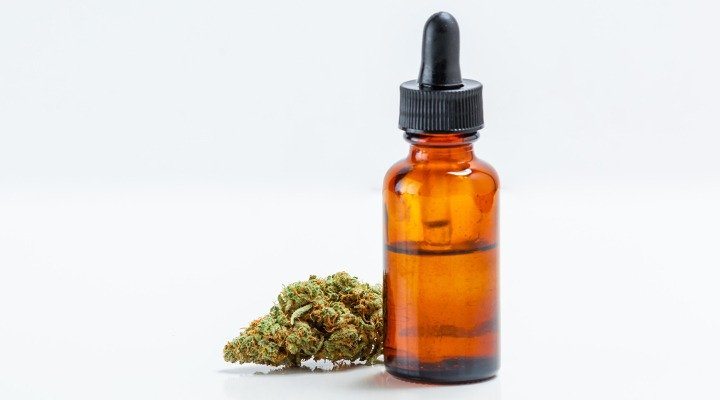 As a Florida medical marijuana patient you have quite a few choices of what form you can purchase your medication. Edibles are becoming one of the most popular forms of legal medical cannabis, however Florida is still working on developing rules for how medical marijuana treatment centers can sell marijuana infused edibles. Another popular choice for those that are new to medical marijuana or are concerned about inhaling vapor, is medical marijuana tinctures.

Medical marijuana tinctures come in a small bottle with a dropper. Patients can simply drop the cannabis-infused liquid under their tongue. The affects are slower than inhaling vape but faster than eating an edible. If you would like to find out more about Florida’s medical marijuana program, please click here.

Tinctures are one of the oldest methods of consuming marijuana. In fact, before prohibition began in 1937, tinctures were the most common type of cannabis medicine in the United States.

While less common today, cannabis tinctures are still popular among patients, especially those who need to take regular doses of marijuana throughout their day.

Like any other herbal tincture, a cannabis tincture is simply a concentrated liquid form of marijuana. Marijuana tinctures are sometimes called “green dragon” because of the deep green color that develops as the plant’s chlorophyll infuses with alcohol.

This guide will cover what cannabis tinctures are, their benefits and common uses, how they differ from other forms of marijuana and the best recipes for making them.

Cannabis tinctures are made by soaking cannabis flowers in alcohol and letting the cannabis and alcohol infuse. Leaf trim, hash and kief can also be used instead of flowers.

Alcohol is used to extract the terpenes and cannabinoids from the cannabis, leaving behind a liquid that contains a high concentration of active compounds. Alcohol also preserves the compounds, which is important since it takes longer to consume tinctures as opposed to other forms of marijuana.

Cannabis tinctures are usually stored in a dark dropper bottle, which helps preserve the tincture for longer by blocking out sunlight.

One of the benefits of using tinctures is that the alcohol allows your body to absorb the medicine faster.

Most tinctures are taken by placing a few drops under the tongue, also known as sublingual administration. When you take a tincture sublingually, the cannabinoids are absorbed by the blood vessels lining the mouth, resulting in a quick onset of effects.

Tinctures can also be ingested orally, such as by swallowing or mixing it with food. If you consume a tincture orally, the cannabinoids must be absorbed by the stomach and gastrointestinal tract and take much longer to enter the bloodstream.

Depending on whether the cannabis is decarboxylated first, tinctures may contain THC in its active form or non-active form (THCA).

Most people choose to decarboxylate their cannabis before making a tincture, allowing them to take full advantage of the medical benefits of THC.

While the medical uses of THC are still being researched, there is evidence that it can be helpful in treating a wide range of conditions and disorders, including nausea, vomiting, poor appetite, pain, multiple sclerosis, cancer, Crohn’s disease, PTSD, anxiety, depression, Parkinson’s disease, Alzheimer’s disease, sleep apnea, glaucoma, diabetes, cardiovascular disease and many others.

However, if you do not decarboxylate your cannabis, you will only receive the benefits of THCA, which are far more limited. According to some studies, THCA may be useful for treating nausea, pain, neurodegeneration and inflammation.

The effect of the tincture also depends on which strain is used to make it. For example, a sativa dominant strain will give you more of an energetic and uplifting head high. It can be used to stimulate appetite and combat pain.

On the other hand, an indica dominant strain will give you more of a body high and can aid in sleep. It can also reduce nausea, depression and pain. Tinctures made with a hybrid strain will share some qualities of both indica and sativa.

The main benefit of cannabis tinctures is that you don’t need to smoke your medicine. People who smoke marijuana may develop a cough, increased phlegm production, and other respiratory problems.

Tinctures allow the user to obtain the same medical benefits while avoiding the respiratory issues associated with burning the plant.

A common concern with edibles is that someone may accidentally eat the food without knowing it’s infused and get high. On the other hand, tinctures are easier to store because they are often kept in glass dropper bottles and look like a medicine at first glance, so accidental consumption is unlikely.

Tinctures can also be kept for longer without spoiling. Unlike edibles, if tinctures are kept in a dark and cool cupboard or fridge, they should last for years.

Tinctures can be a good option for patients who need to be discreet about their medication. Unlike smoking or vaporizing, which can emit a scent and draw unwanted attention in public, consuming a tincture is quick and odorless.

This means that tinctures can be taken in the same settings as any typical over-the-counter medication: at the office, in public places or anywhere else marijuana wouldn’t be considered socially acceptable.

Tinctures are safe to use for patients who are prescribed medical marijuana. Tinctures may be especially helpful to ill children who shouldn’t smoke or vaporize cannabis.

Tinctures made with a high-CBD strain can help children who suffer from seizures from Dravet syndrome and other disorders. Since you can make a tincture that only contains THCA, a child doesn’t need to be high to experience the medicinal effects of cannabis.

Unlike edibles, which can take up to an hour or longer to start working, tinctures can be felt as quickly as 15 minutes after dosing.

The effects of tinctures also last for a shorter period of time compared to edibles. Tincture highs usually peak about 90 minutes after consumption and can last 4 to 8 hours, depending on the dose.

Because the effects can be felt so quickly, dosing a tincture is easier than dosing an edible. A patient can consume a small amount, wait for the effects and take more if necessary.

As with any form of cannabis, you should start with a small dose to gauge your tolerance and to avoid the unwanted effects of over-consuming. If you’re taking a cannabis tincture for the first time, start off with about 1 mL and adjust as necessary.

There are three ways to consume cannabis tinctures: sublingually, orally or mixed with food.

To take a tincture sublingually, drop the desired dosage under your tongue and hold it for 30 seconds before swallowing. This method will produce quicker and stronger effects because the medicine is absorbed into the bloodstream through the inner linings of the mouth.

You can take cannabis tinctures orally by adding a few drops to a beverage such as soda, juice or a mocktail. Alternatively, you can also swallow the tincture on its own like you would any liquid medicine.

When you take a tincture orally rather than sublingually, it must be absorbed through the digestive system, so it will take longer to feel the effects. Tinctures that are taken orally have a similar effect as edibles and can take up to an hour to start working.

Tinctures can also be combined with food to make a tincture edible. The difference between a tincture edible and a fat-based edible is that the latter is harder to dose and can produce a longer, more intense high. If you consume a tincture mixed with food, it will take the digestive system more time to absorb the medicine than if you took the tincture sublingually.

Cannabis tinctures may be added to a variety of foods such as puddings, ice creams, dressings and sauces.